Nicaragua and the United States: A very simplified history:

1830 - 1860: British influence and exploitation increase in Eastern Nicaragua.  Struggles ensue between Britain and U.S. over an overland transport route across Nicaragua and construction rights for a possible Nicaraguan canal. Repetitive internecine political struggles within Nicaragua and multiple American incursions into Nicaragua (1850's) culminate in Tennessee soldier of fortune William Walker claiming the Nicaraguan Presidency (1856-7). Walker is expelled and executed in Honduras (1860). Uniting against Walker fosters harmony in Nicaraguan politics.

1909 - 1934: U.S. Marines occupy Nicaragua. Nicaraguan politics related to this occupation were complex. Occupation resisted by Augusto Sandino and followers.   Post departure of Marines (in 1933 due to the depression) internecine fighting ensues.   Anastasio Somoza (supported by U.S.) captures and executes Sandino.

1936 - 1979: The Somoza family rules Nicaragua until ousted by the Sandinistas. The Somozas are corrupt, brutal rulers who funnel riches to associates, stratifying society and further polarizing Nicaraguan politics. The U.S. supports the Somoza family throughout this period.

1979 - 90: Sandinista Era characterized by some successful social programs but tarnished by some harsh and punitive behaviors toward domestic opponents. The  brutal and frequently immoral Contra war is waged against the Sandinistas with extensive military assistance from the U.S.  International Court of Justice (1986) rules in favor of Nicaragua in Nicaragua v. United States. The ICJ rules that the U.S. committed war crimes in the Contra War and awards Nicaragua reparations. The United States ignores the ICJ ruling.

1990 to the Present: Nicaraguan politics remain polarized and dysfunctional, but political violence is much decreased. Nicaragua struggles to deal with extensive, extreme poverty and the great challenges posed by globalization, rapid population growth and environmental issues, especially gross misuse of pesticides.

Summary (1776 - Present): Since its inception the United States has had a very mixed history in its treatment of other nations. Some U.S. activities overseas have been beneficial, and some have been spectacular in their positive effects. Other U.S. activities overseas have been less helpful. Unfortunately, official U.S. activity in Nicaragua has often been detrimental. The Posibilidad program of assistance for deserving Nicaraguan students is energized in part by this negative history. 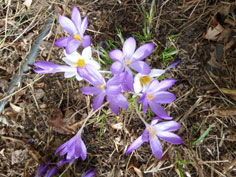