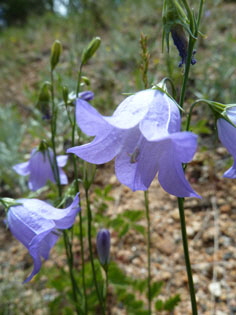 History and Development of Posibilidad Nicaragüense:

This project began in 2006 when the director, who is a nurse practitioner, visited Nicaragua to participate in an orthopedic surgery charity mission.   During that trip he provided medical services to patients in a local shanty town.   The residents were people who had been displaced from their mountain valley villages by flooding and mudslides caused by Hurricane Mitch (1998).

While seeing patients that day, two pre-teen girls introduced themselves and the director began sponsoring them for the 2007 school year.   Since then, sponsored student numbers have gradually increased, peaking at twelve (currently at eleven).  Except for a few small gifts, the director has supported this project using his own funds.   Education in Nicaragua is free thru 6th grade.   Due to gender bias, and the costs of secondary school, many young women in Nicaragua quit school after 6th grade.   For this reason, sponsored students will be primarily female.

The scope of the sponsorship project increased significantly in 2010 when the student group began to explore Nicaragua by microbus.   Some of this exploration has been recreational, such as beach trips to the Pacific Ocean.   However, the primary intent of these excursions has been to expose students to progressive and sustainable Nicaraguan organizations.  To this end we visited with Las Mujeres Solares in Totogalpa.   They make and market well made solar powered stoves and ovens for domestic use.   We also visited Selva Negra - a beautiful and sustainable organic coffee plantation and resort with progressive labor policies.

Lori Lindgren (Member of Posibilidad Board of Directors) has introduced students to Yoga.   In 2011 reproductive health classes were provided for students through ProFamilia.   Three hour classes were given weekly over four months and graduates became Brigadistas, i.e. they are now qualified to assist with reproductive health classes for other young people.

In 2012 the project again increased in scope when a Nicaraguan assistant was hired  allowing for many improvements including the provision of dental care and OB/gyn preventive care and treatment.   Students were provided with swimming lessons, the three dose Cervarix HPV vaccine series and English lessons.   Several students have required vision testing and eyeglasses.   School uniforms, school supplies and other basic supplies have been regularly provided for students.  One family has required legal advice and assistance regarding a domestic situation.

In 2012 and 2013 our group also explored Nicaragua further.  We hiked the cloud forest atop Volcan Mombacho (extinct)  and students enjoyed a zip line that courses through the rain forest on that volcano's lower slopes.   Our students also explored Volcan Masaya (active) including lava tube bat caves on the lower slopes.  We explored Las Isletas de Cocibolca  by open kayak.  Our students climbed Volcan Cosigüina  formerly the highest Nicaraguan volcano (2500 m).  Cosigüina erupted in a spectacular explosion in 1835.  Now it is only 832 meters tall but with a beautiful crater lake in the caldera.  Nicaragua is very active both volcanically and seismically.  Volcan San Cristobal  erupts regularly and Volcan Cosigüina has frequent tremors, though it's last eruption was in 1859.

Our January 2014 excursion included visits to Clinica Tininiska (Managua - video introduction available on Youtube) to Prolena Nicaragua Stoves and to Ometepe Island.   In July 2014 we visited Finca Java, an organic coffee plantation and farm in the highlands near Jinotega.   They gave us demonstrations of their organic pest control and organic fertilization techniques.   Our group then traveled to Somoto Canyon for a wilderness trip on the beautiful headwaters of Rio Coco.   In October 2014 the group traveled to San Juan del Sur to observe La Arribada.  Peaking each October in synchrony with the moon and tides, female Olive Ridley sea turtles mate and lay their eggs on certain Pacific coast beaches in Nicaragua.

In January 2015, the four students most interested in English language study were provided with a two day immersion class, arranged by American Nicaraguan School.  These students were provided with the Rosetta Stone English language program.  James Humecky, a Thai massage practitioner and teacher, provided introductory massage classes for our whole group.   Some of our students may choose to take the concentrated massage training program that James provides.

Three Posibilidad students have qualified to study at UNAN, which is the national public university.  To qualify, students must achieve a good score on the annual entrance exam in January, which is quite demanding.   Student Four is in her third year @ UNAN - majoring in chemistry.   Student Two is in her second year of veterinary training @ UNAN.   In addition to tuition, books and fees, these students have been provided with transportation and room and board.  They are residential students, returning home only on weekends.  Student One has completed teacher's training and begun practice teaching.   She is living with her family while taking weekend classes @ UNAN studying Spanish language and literature.  The other four college students in our group are all living at home and commuting.

Members of our student group have developed strong interpersonal connections.   It's our sincere hope that these relationships will prove to be durable after students graduate from the Posibilidad program.